Home > Blog > Women Dominate YA but Not…

Women Dominate YA but Not Film 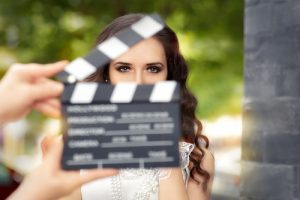 According to a study by Variety, only 7% of directors in the film industry are women, and no woman has ever been nominated for cinematography by the Academy of Motion Picture Arts and Sciences. In contrast, women dominate the book industry, and all top seven books in 2012 were penned by women.

Writer and filmmaker Elizabeth Allen says this phenomenon occurs because more readers are flocking to YA; women are granted more respect when writing for young people; and women with families can easily write from home, if needed.

Even if we ignore all of the women writers regularly excluded by the adult and classics section, it seems that women lack for basic respect; in the literary world, we can only find a toehold in literature marketed towards teens and children. (The MarySue)