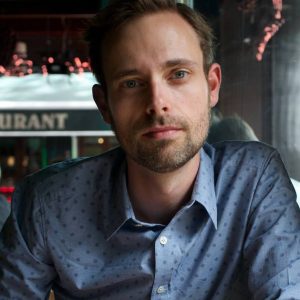 Published to wide acclaim in 2011, Miss Peregrine’s Home for Peculiar Children hit number one on the New York Times bestseller list, where it has spent more than 100 weeks. Amazon named it one of “100 Young Adult Books to Read in a Lifetime,” and the series has sold over 9 million copies and been translated into over 40 languages. Tim Burton’s “Miss Peregrine’s Home for Peculiar Children” movie for 20th Century Fox landed at #1 in its opening weekend at the box office. Written by Jane Goldman (Kingsman: The Secret Service, X-Men: First Class), it stars Samuel L. Jackson, Eva Green (as the title character), Asa Butterfield, Ella Purnell, Judi Dench, Rupert Everett, Allison Janney, and more.

Ransom Riggs said, “The first three novels introduce the peculiars and their world, but peculiardom is vast, its history is long, and there’s so much left to discover. I can’t wait to delve deeper, and to bring the story to America — which, as it turns out, is a much more peculiar place than anyone realized!”

Julie Strauss-Gabel said, “Stepping into the peculiar world has been a true gift to me and to millions of readers. I am overjoyed to continue this amazing adventure and discover the many peculiar stories that await Jacob and his friends. I can imagine no better tour guide through America than Ransom Riggs, whose transporting imagination and enormous heart have made so many so proud to be peculiar.”

The first three novels in the Miss Peregrine’s Peculiar Children series introduced Jacob Portman and the world of the peculiars — and saw that world both threatened by, and ultimately spared from, destruction by a hostile splinter faction and their monstrous servants. That journey ended where it all began for Jacob, back in Florida—and reunited with Miss Peregrine, Emma, and his peculiar friends. The third book in the series, Library of Souls, concluded with a set of tantalizing promises and questions about the future of the peculiars. Now, in a thrilling new story arc, Jacob’s adventure continues as Ransom Riggs reveals even more secrets of the peculiar world, set against the rich landscapes of American history.

Ransom Riggs is the #1 New York Times bestselling author of the Miss Peregrine’s Peculiar Children novels and its companion, Tales of the Peculiar. Riggs was born on a farm in Maryland and grew up in southern Florida. He studied literature at Kenyon College and film at the University of Southern California. He lives in Los Angeles with his wife, bestselling author Tahereh Mafi.

Dutton Books For Young Readers is one of the oldest continually operating children’s book publishers in the United States. Established more than 150 years ago, the imprint is home to such perennial classics as Winnie the Pooh, Judy Blume’s Fudge novels, Newbery Award-winners such as The Westing Game and My Side of the Mountain, and Printz winners and honor books including Looking for Alaska by John Green. Recent bestsellers include The Fault in Our Stars by John Green, Matched by Ally Condie, and the Theodore Boone series by John Grisham.