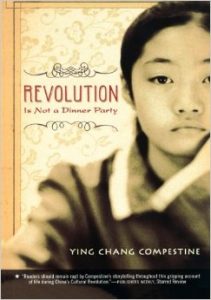 This year marks the 50th anniversary of the Cultural
Revolution in China, which historians agree took place 1966-1976. Many Western
media outlets were quick to provide retrospectives (see: The New York Times, The New Yorker, The Guardian, CNN, and The Atlantic), but up until recently, it represented a huge
gap in my historical knowledge, despite being born to two Chinese immigrant
parents. This colossal historical event that caused nearly 2-30 million deaths
(depending on whom you ask) was barely touched on in my formal education; China
was nowhere near its current economic prowess when I was a kid, not important
enough to be put under the international spotlight until now.