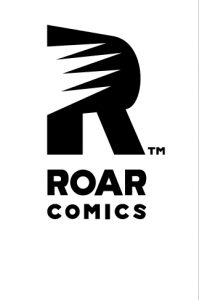 May 6, 2016 – Chicago, IL — When BookExpo America, North America’s largest publishing event, rolls into McCormick Place next week, bibliophiles won’t be the only fans with a long list of things to do. Lion Forge Comics, the St. Louis-based graphic novel publisher, will showcase several new high-profile titles for fans of books, comics, animation, and even wrestling. Highlights include a rare midwest appearance by Robin Christensen-Roussimoff, daughter of pro wrestling hall-of-famer Andre the Giant, in support of this month’s re-release of a critically acclaimed authorized biography, and a slate of free sketch sessions and exclusive giveaways at Booth #2130A throughout the show.

Below times are subject to change and more events to be announced — stop by booth #2130A for up-to-the-minute news.

All giveaways will be distributed throughout the weekend at Booth #2130A. Featured items below are extremely limited and subject to availability.

When Wonderheart Bear and her friends go exploring in Care-a-Lot, they find a lost Humming Stork! It’s up to Funshine Bear, Cheer Bear, and Grumpy Bear to reunite her with her family on Far-Flung Island, through whitewater rapids, falling rocks, a few wrong turns, and at least one wild Panthrokeet. Join the Care Bears as they use their kindness, smarts, and cooperation to rescue a friend in this all-new adventure!

— Featuring art by Melanie Gillman (As the Crow Flies)

You thought – no, HOPED – those creepy heads from the ‘80s were gone forever, but boy, were you wrong! When the headless Torsoids sabotage the Intergalactic Bizarro Bowl, the squabbling Madballs have to team up to take ‘em down — Madballs may be dirty, but they like to play fair. These wretched pus bags have to set aside their differences, reassemble the field’s elaborate wacky contraptions, and find a way to stop the Torsoids before it’s too late. With bonus stories by some of the world’s most disgusting artists, this volume is packed with so much mayhem it’s almost illegal in several states!

Chavo Guerrero’s legend in the ring is matched only by his family heritage; a line of champions that have left a mark on wrestling history for generations. But within days of retiring from the family business, Chavo uncovers a deep family secret. While his family grappled opponents in the squared circle, they secretly kept up another far more dangerous line of work: a decades-long battle with a criminal cartel known as La Junta del Jaguar. When the bad guys come to collect their debt, Chavo’s shock and rage unleashes a superhuman strength he never knew he had. As he learns to control a growing array of cat-like superpowers, Chavo has to join the fight one last time, for his legacy . . . and the world.

This lavishly illustrated authorized biography of pro wrestling legend Andre the Giant charts his entire life from the earliest days on his family’s farm to his blockbuster feuds with the biggest wrestling stars of all time, exploring the dark side of fame and fortune along the way.

In this never-before-seen chapter of the smash-hit new animated series, Team Voltron takes on a dangerous training mission at the command of Coran, Princess Allura’s majordomo. They are barely on their way when Coran is captured by an old enemy looking to settle an outrageous debt. The pilots set out on a quest for the only object in the universe valuable enough to settle the score, against more monsters than they’ve ever had to face. It will take teamwork, swordplay, smarts, and, of course, Voltron, to save their friend’s life against all the odds!

Lion Forge is a St. Louis-based new media company that revitalizes licensed franchises and develops exciting on-trend original properties through comic book publishing. Drawing on a diverse roster of talent from book publishing, print comics, animation, mobile apps, marketing, retail development, and brand management, Lion Forge titles are carefully curated and brought to market with focused attention and support. Committed to diversity in the entertainment field, and the comics industry in particular, Lion Forge aims to employ a wide array of staff and creators that reflect the makeup of our world and bring fresh voices to our titles. For more information, please visit lionforge.com or the Lion Forge Facebook (facebook.com/LionForge) and Twitter (twitter.com/lionforge) pages.