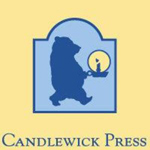 SOMERVILLE, MA – February 3, 2016 – The title character in Stephan Pastis’ hugely popular middle grade series will continue his push for detective agency domination this year. Candlewick Press is announcing the release of a fifth book in the series, to be published globally in September 2016 in a deal brokered by Daniel Lazar of Writers House.

The new release, Timmy Failure: The Book You’re Not Supposed to Have goes on-sale in the U.S. September 27, 2016. The most important thing to know about Timmy’s fifth memoir to date is: this book was never meant to EXIST. No one needs to know the details. Just know this: There’s a Merry, a Larry, a missing tooth, and a teachers’ strike that is crippling Timmy Failure’s academic future. Worst of all, Timmy is banned from detective work. It’s a conspiracy of buffoons. He documented everything in his private record, but then the manuscript was stolen. Now if this book gets out, he will be grounded for life. Or maybe longer.

“I am thrilled to report that Timmy’s escapades as the world’s worst detective are continuing in a fifth installment this fall. I always await a new Timmy manuscript from Stephan with huge anticipation, and The Book You’re Not Supposed to Have does not disappoint.  While Timmy has learned absolutely nothing since the first book, his author keeps getting better and better,” said Liz Bicknell, Executive Editorial Director and Associate Publisher at Candlewick Press.

The earlier book releases have spent a combined 37 weeks on the New York Times bestseller list in the U.S., and 2013’s Mistakes Were Made was a #1 National ABA Indie Next List pick upon debut. Rights have been sold in 32 countries to date with a total of 1.4 million copies in print worldwide.

Timmy Failure: The Book You’re Not Supposed to Have

Candlewick Press is an independent, employee-owned publisher based in Somerville, Massachusetts. For over twenty years, Candlewick has published outstanding children’s books for readers of all ages, including books by award-winning authors and illustrators such as the National Ambassador for Young People’s Literature Emeritus Kate DiCamillo, M. T. Anderson, Jon Klassen, and Laura Amy Schlitz; the widely acclaimed Judy Moody, Mercy Watson, and ’Ology series; and favorites such as Guess How Much I Love You, Where’s Waldo?, and Maisy. Candlewick is part of the Walker Books Group, together with Walker Books UK in London and Walker Books Australia, based in Sydney and Auckland. Visit Candlewick online at www.candlewick.com.