Noelle Stevenson on Inspiration and Comics 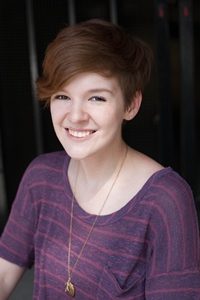 Fans can look forward to a new series for HarperCollins called 4 Wizards!, cowritten by Stevenson and her friend Todd Casey.

[Nimona] was interesting to me, a shapeshifter who forgot what she was supposed to look like in her ‘real’ form from time to time…I think a lot of that is inspired by being a teen, because you’re trying very hard to maintain an image but you also have no idea what you’re doing or what you’re supposed to be. (School Library Journal)