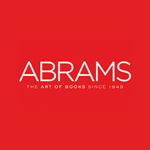 NEW YORK, NY – Amulet Books, an imprint of ABRAMS, is proud to announce the acquisition of two young adult novels written by Jesse Andrews, author of the New York Times bestselling Me and Earl and the Dying Girl, which he also adapted into an award-winning motion picture of the same name. The first title, The Haters, publishing in April 2016, is an envelope-pushing road-trip adventure about a trio of jazz-camp escapees who, against every realistic expectation, become a band. The agreement was negotiated by Abrams senior vice president and publisher Susan Van Metre and Claudia Ballard at William Morris Endeavor.

For Wes and his best friend, Corey, jazz camp turns out to be lame. It’s pretty much all dudes talking in Jazz Voice. And if that weren’t lame enough, Wes and Corey are put in Gene Krupa, the band for jazz-camp bottom-feeders. But then they jam with Ash, a charismatic girl with an unusual sound, and the three just click. It’s three and a half hours of pure musical magic, and Ash makes a decision: they need to hit the road. Because the road, not summer camp, is where bands get good. Before Wes and Corey know it, they’re in Ash’s SUV heading south, and The Haters Summer of Hate Tour has begun.

“I am so excited to be releasing my second novel, The Haters, with Abrams. It’s a road book about love and friendship and three young musicians’ quest to escape the law long enough to play one completely perfect show,” says Jesse Andrews. “It was also a chance for me to relive the years I spent playing in bands, trying to win over hostile crowds, driving around in small old cars wedged up against drums and amps and unwashed bandmates, and surviving on gas station food for days at a time. So actually writing this book was pretty traumatizing. I hope readers like it.”

Jesse Andrews’s debut novel, Me and Earl and the Dying Girl, a New York Times bestseller, USA Today bestseller, Indiebound bestseller, and Publishers Weekly bestseller, was published to critical acclaim. Jesse’s adaptation for the big screen won both the Grand Jury Prize and the Audience Award at the 2015 Sundance Film Festival.

“Only Jesse Andrews could write about hate with such warmth, wit, humor, and compassion,” said Susan Van Metre. “We were thrilled to bring his brilliant and distinctive voice to YA with Me and Earl and the Dying Girl, and are very proud to be his publisher for this remarkable new book, which will take its place amongst the great novels about loving—and hating—music.”

An aggressive marketing campaign for The Haters is planned, including national advertising and publicity, an author tour, book festival and conference appearances, retail display, and a large social media presence.

About ABRAMS
Founded by Harry N. Abrams in 1949, ABRAMS is the preeminent publisher of high quality art and illustrated books. Now a subsidiary of La Martinière Groupe, ABRAMS is the publisher of bestsellers such as the wildly popular Diary of a Wimpy Kid series by Jeff Kinney, the award-winning cookbooks of Alton Brown, and the stunning photography of Yann Arthus-Bertrand’sEarth from Above. ABRAMS publishes books in the areas of art, photography, cooking, interior design, craft, fashion, sports, and pop culture, as well as children’s books and general interest. The company’s imprints include Abrams; Abrams Appleseed; Abrams ComicArts; Abrams Image; Abrams Books for Young Readers; Amulet Books; Stewart, Tabori & Chang; and STC Craft.