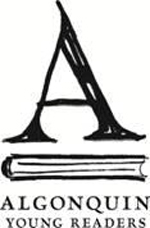 New York, NY – Algonquin Young Readers, an imprint of Workman Publishing, is excited to announce that it has acquired North American rights to publish Andrew McCarthy’s debut novel. Titled JUST FLY AWAY, the young adult novel will be published in the Spring of 2017. The deal was negotiated by Elise Howard, publisher and editor, and McCarthy’s agent, David Patterson of Stuart Krichevsky Literary Agency.

McCarthy is best known for his roles in Pretty in Pink, St. Elmo’s Fire, and Less Than Zero, and more recently for directing such television hits as “Orange is the New Black” and “The Blacklist.” He will soon star in the new ABC show, “The Family,” alongside Joan Allen. Simultaneously, McCarthy is an editor-at-large at National Geographic Traveler and has won numerous awards for his travel writing, which has also appeared in The New York Times, The Wall Street Journal, The Los Angeles Times, The Atlantic, and Travel+Leisure. His travel memoir, The Longest Way Home, was a New York Times bestseller.

McCarthy says, “I’m delighted to have my debut novel land at Algonquin, a house that has a great reputation for not just publishing great books, but also nurturing books and authors both at launch and over a lifetime.” Howard adds, “Perhaps not surprisingly, what struck me first about Andrew’s work was his strong sense of character and his keen ear for voice. I was thrilled to see him bring these qualities to an original and timeless story that involves family, friendship, and first love, and what happens to all of them when one is turned upside down.”

In McCarthy’s novel, when fifteen-year-old Lucy Willows discovers that her father has a child from a brief affair, an eight-year-old boy named Thomas who lives in the same suburban New Jersey town, she begins to question everything she thinks she knows about her family and her own life. Written with wisdom and sympathy in a distinct and original voice, JUST FLY AWAY is about family secrets, the limits of forgiveness, and finding one’s way in the world.

Algonquin Young Readers, founded in 2013, is an imprint of Algonquin Books of Chapel Hill, a division of Workman Publishing.