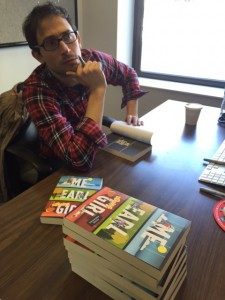 My first draft wasn’t really a screenplay. It was this Frankenstein-y thing, half movie, half novel. It was the right length, but it didn’t have the right pacing and rhythm, and it had these long dreamy sequences where nothing much was happening.

Despite Andrews’ initial hurdles, it became a highly sought-after script in Hollywood. He consulted with producer Dan Fogelman throughout the writing process. The movie was premiered at the Sundance Film Festival earlier this year, and a wide release has been scheduled for June 12th. (The New York Times)