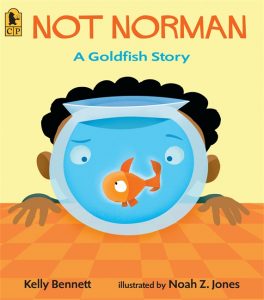 BOSTON, MA (APRIL 28, 2015) — Jumpstart, a national early education non-profit organization, and Candlewick Press, an independent children’s publisher, have announced their partnership in honor of the 10th anniversary of Jumpstart’s Read for the Record, a global campaign that generates public support for high-quality early learning and highlights the importance of building children’s vocabulary and love for reading.

On October 22, 2015, children and adults worldwide will take action by participating in the world’s largest shared reading experience, known as Jumpstart’s Read for the Record. Since 2006, the campaign has mobilized over 14.5 million people and has kept the world reading record for the most people reading the same book on the same day.

Each year, Jumpstart selects one children’s book as the catalyst for Read for the Record to bring together schools, libraries, communities, and businesses. Jumpstart is honored to embark on a new partnership with Candlewick Press and is proud to announce that award-winning picture book, Not Norman: A Goldfish Story by Kelly Bennett, illustrated by Noah Z. Jones, has been selected as this year’s campaign book.

Jumpstart President & CEO, Naila Bolus, quotes, “During the first years of life, children from low-income communities hear roughly 30 million less words than their more affluent peers. Jumpstart is working alongside Candlewick Press to combat this word gap and increase every child’s vocabulary and love for reading and learning.” Bolus continues, “We could not be happier to celebrate this momentous 10th year with our partners at Candlewick Press and look forward to making October 22, 2015 a day to be remembered.”

Karen Lotz, President and Publisher of Candlewick Press, says, “We are thrilled to partner with Jumpstart in this challenge to bring attention to children’s literacy issues and to connect with readers around the world in a global reading of Not Norman. The 10th anniversary of Jumpstart’s Read for the Record is a time to celebrate all that the campaign has accomplished, and to look ahead to its future successes. Candlewick is especially proud to join forces with Jumpstart for this landmark year, as Not Norman also celebrates its 10th anniversary.”

To learn more, register for the campaign, and to pre-order your copy of Not Norman: A Goldfish Story, visit readfortherecord.org.

Jumpstart is a national early education organization working toward the day every child in America enters kindergarten prepared to succeed. Jumpstart provides language, literacy, and social-emotional programming for preschool children from under-resourced communities and promotes quality early learning for all children. By participating in Jumpstart’s year-long program, children develop the language and literacy skills they need to be ready for school, setting them on a path for lifelong success. Since 1993, Jumpstart has trained 36,000 college students and community volunteers to transform the lives of 76,000 preschool children nationwide. Learn more at jstart.org and follow us on Twitter at @Jumpstartkids.

Candlewick Press is an independent, employee-owned publisher based in Somerville, Massachusetts. For over twenty years, Candlewick has published outstanding children’s books for readers of all ages, including books by award-winning authors and illustrators such as the National Ambassador for Young People’s Literature, Kate DiCamillo, M. T. Anderson, Jon Klassen, and Laura Amy Schlitz; the widely acclaimed Judy Moody, Mercy Watson, and ’Ology series; and favorites such as Guess How Much I Love You, Where’s Waldo?, and Maisy. Candlewick is part of the Walker Books Group, together with Walker Books UK in London and Walker Books Australia, based in Sydney and Auckland. Visit Candlewick online at www.candlewick.com.