‘It’s Possible’ Series: Pushing the Envelope and Making a Difference 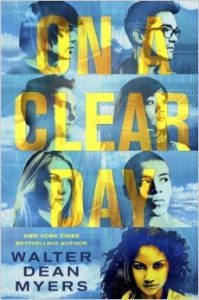 The very first project I worked on with Walter illuminates a lot about our collaborations together.  It was 1994.  Walter had already received acclaim for his realistic fiction (the Newbery Honor books, Scorpions and Somewhere in the Darkness) and Now is Your Time, a work of ground-breaking non-fiction (to name a very, very few). Somehow, I had come across The Dragon Takes a Wife, a picture book Walter had written in 1972 starring Harry, a hapless dragon and Mabel Mae, a jive-talking African American fairy who tries to help Harry defeat the African American knight in shining armor. Here was another way to think about the classic medieval tale. I loved the way Walter had re-invented the traditional story and thought, we need to bring this book back. It’s a perennial storyline.  It’s funny.  It’s fantasy and it offers a perspective readers seemed to have forgotten, at least in the nineties. (Of course Walter had already figured this out in 1972. We obviously had some catching up to do.) Fast forward to 1997. Now we’re collaborating on a teen novel. (I don’t tell Walter that actually, I’ve never edited a teen novel – only picture books and middle grade novels.) He shows me a copy of the screenplay Harold and Maude, a street purchase. I have reservations about a screenplay but Harold and Maude is one of my all-time favorite movies. Maybe it’s going to be all right. Of course no one has ever attempted anything like this before for teens. But it’s so intriguing and innovative. And Walter is so convincing about why the screenplay format is the right way to go for his new book. There will also be journal entries and interior art, using multiple formats and perspectives to tell the story about Steve Harmon, who is in jail for felony murder. I could write many, many blogs about what it was like to work with Walter on shaping and refining Monster, truly revolutionary for its time. This is when I learned that Walter was one of the best writers of dialogue in the business. That problem-solving was a challenge he welcomed. That he would leave no stone unturned to get it right because he wanted his readers to read the best book he could write for them.  That he didn’t shy away from “controversy” by showing an African American boy on the cover of a book called Monster. That was the point. Some people thought about Steve this way. Steve knows he’s not a monster. But he’s gotten himself into a situation. Life isn’t over; there will be a way out for him but he has to grow up and figure things out.

Walter was always excited about an opportunity to push the proverbial envelope with his storytelling. I sent him a childhood favorite, All of a Kind Family. I got back Bad Boy, the memoir about how he dropped out of Stuyvesant High School and hung out in Central Park, reading Balzac in French, following the reading list an English teacher had made for him.  She knew that he wasn’t going to stay in school but she told him to keep reading and writing, no matter what. Years later, he remembered her advice about writing. Of course he wasn’t advocating for kids to drop out of school. But Walter wanted high school dropouts to know that it was possible to be successful even if you were coping with challenging circumstances. Walter told me, “I want kids to know that I went through tough times, too. But it worked out. And in my book, I’m going to tell them why. And how I did it.” When he received a fan letter from 13 year old Ross Workman, Walter wanted to try a new collaboration, co-writing with a teen author. I said to him, “You know, you can fix it yourself.” He told me, I’m only interested if Ross wants to keep working on it.” Two years later, Kick was published. It’s about a soccer player (Ross’s chapters) and his mentor (Walter’s chapters). It was fascinating to read the correspondence between Walter and Ross and watch how Walter taught Ross how to put a book together.  Ross wasn’t the only author Walter mentored. Over the years I learned about writers of all ages, some incarcerated, who benefited from Walter’s counsel and expertise. He had so many of his own writing projects that engaged his interest and he was busy ‘round the clock. And yet he still made time to help aspiring writers.

When he received an honorary degree from Amherst College, he heard a lecture about studies in computer modeling. Years later, in 2014, it would appear in the new novel, On a Clear Day, this time featuring an ensemble cast, starring a girl math whiz and set against a futuristic global context.  He was trying something different. Even though his hero wasn’t a male urban teen, he didn’t deviate from his message: What do you believe in?  And, it’s not too late to make a difference. Always, Walter was committed to a writing life.  He knew that there were things readers needed to know. And they didn’t always have someone who could walk them through it. Walter knew that books could make a difference in their lives, just as they had for him.

My job was to help Walter write the best books he could; to encourage him to push himself as a writer; to help him reach the widest readership.  But this is what I learned from Walter. That it was about work and discipline (talent, obviously). That it was possible to be a force for change. To stand by your convictions, and be successful at it, too. His intent was to connect with the young people who didn’t always see themselves in the literature. But the truth is that the truth in his books reached everyone.

Phoebe Yeh is the publisher of Crown Books for Young Readers/Random House.  Previously she was an editorial director at Harper Collins Children’s Books; senior editor at Scholastic Press and an editor of the SeeSaw Book Club.