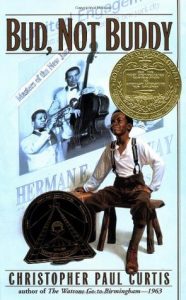 When I was in the sixth grade I decided to write a novel.  I’d been writing stories since I was seven. My mother called them “The Miss Flouncy Stories.”  In this book my main character was a girl—my age—who suddenly had to move from the city to the country. I’d only lived in the city so it was difficult to create a setting for something I’d never experienced.  But I labored on.

Soon I found I had a more pressing problem: what to do about the race of my main character? I was a big reader and lover of books yet I’d never seen a black character in any of the books I’d read—except The Story of Little Black Sambo. To the publishing world I didn’t exist. I had no story or life worth reflecting in books. White was the norm—the standard.

I decided to make my character colored (the accepted term for African Americans at that time) but I gave her blond hair and blue eyes. A girl at my school, who was a year behind me, happened to have long blond hair and green eyes—and she was colored. Problem solved.

Though much has changed, white is still the norm. Everyone else is “other.” Youth of color can now find themselves in books, but they’re still under-represented or often misrepresented.

While publishers have made progress in addressing the need for diversity in children’s literature, two problems have emerged. The first is the limits of stereotyping, especially in young adult and middle grade novels with African American characters. Too often the protagonist lives in the circumscribed world of the ghetto, gang life, teen pregnancy, drugged out or absentee parents.  Even though these themes do not reflect the lives of the majority of American black youth, lists of young adult fiction with black characters on Goodreads and other online sources include too many titles along these lines.  What happens when black youth see this as their narrative?  What is the message conveyed?

The second problem is that progress in publishing is undermined by bookstores where the bottom line drives promotion and in-store availability. Though children of color can now find themselves in books, they’re still under-represented. Nothing shows this more than a trip to the bookstore.

A recent visit to Barnes and Noble revealed a dismal state of affairs. There were no “must-read” books with characters of color in the Must Read section. Nothing in the Staff Recommends section, as well, even though store personnel make those selections.

I spoke to one sales clerk and was told corporate was in charge of the table displays and displays by the register, but store employees were free to decide which books would be turned face-out on the shelves. In Young Readers, eight bookshelves were packed with books, but only two books were face-out on the shelf with characters of color: Bud Not Buddy by Christopher Paul Curtis and Esperanza Rising by Pam Munoz Ryan—both award winning books. (On my second trip to that particular Barnes and Noble, Bud, Not Buddy was no longer face-out. Only the spine was visible.)

Early Readers and Chapter Books? Forget it. Even in the Super Hero section I saw not one super hero of color. I saw only one book with a character of color in the Picture Books section—Beautiful Moon by Tonya Bolden. The animal world and the white world, however, were amply represented. In the Little Books for Little Hands area, there were only two books in which a child of color could see himself or herself.

In American History I did find 6 biographies facing out that were about people of color. The subjects of these stories included Rosa Parks, Muhammad Ali, Martin Luther King, Bruce Lee, Roberto Clemente, and Jackie Robinson.

What does all of this say to a child of color on a trip to the bookstore when he finds himself surrounded by books in which he has no presence?  When he is consigned to relate to the world and experience the range of human emotions that literature provides almost always through the experiences of white characters? That child understands that white is the standard (fixed, traditional, prevailing). The subtle yet insidious message may be sugar coated, but it does its damage. He begins to see himself as less than, irrelevant…other.

Wouldn’t it be nice if publishers and bookstores fully acted on the importance of all children seeing themselves in books—beyond token representation? More and more, children are coming into contact with those who don’t look like them, eat like them, nor celebrate the same holidays. Exposing our youth to literature that reflects this increasing diversity builds respect for others and opens minds to a world far different from the world I grew up in where I had to give my colored protagonist blond hair and blue eyes.

Karen English is a retired elementary school teacher and author who is no stranger to literary awards and recognition. Karen was the 1999 recipient of the Coretta Scott King Honor Award for Francie, the 2005 recipient of the Jane Addams Children’s Book Award, and the 2005 ALA Notable Children’s Book Award  for Hot Day on Abbott Avenue. Two of Karen’s books, Big Wind Coming! and Speak English for Us, Marisol!, have been featured by the Anti-Defamation League as recommended multicultural and anti-bias books for children. She lives in Los Angeles, California.