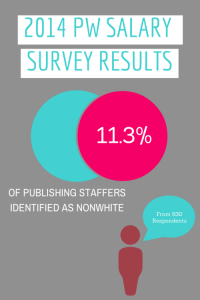 A recent survey conducted by ‘Publishers Weekly’ of over 630 publishing staffers reveals the significant lack of racial diversity in the publishing workplace, and a persistent pay gap between male and female employees:

“of the 630 respondents who identified their race, 89% described themselves as white/Caucasian, with 3% selecting Asian and another 3% indicating Hispanic. Only 1% said they are African-American.”

The pay gap between men and women is also staggering: 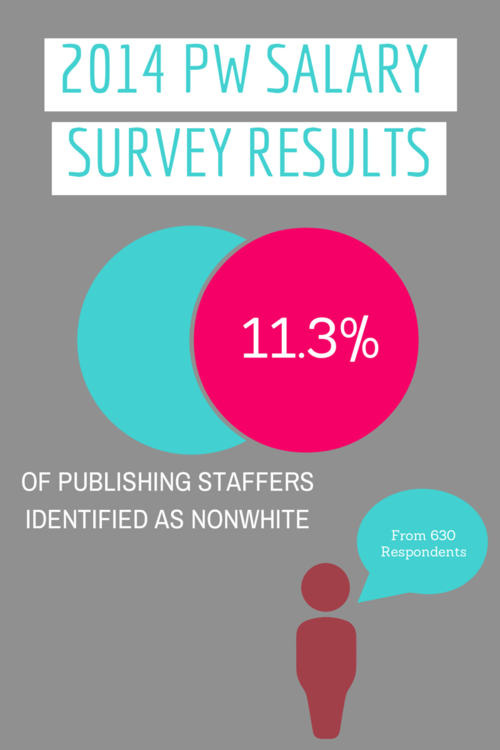