CBC Diversity: Everyone Wants to be the Hero Sometimes 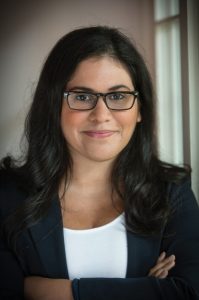 When I write a story, I often don’t think about diversity. I don’t think about how many characters I should have of a certain ethnic or cultural background, or about whether I meet a quota on how many different types of people I have on the page. I don’t think about if what I am doing is unique or perhaps not as mainstream. If I thought about all of those things, I probably wouldn’t have written the books that I have, or will hopefully, continue to write.

Now that I do have a platform and an audience, I worry about representation. I worry about the characters I do portray and if people in real life feel that I don’t speak for them or if I am appropriating a culture or groups of people. I think about this so much now that I find sometimes it prevents me from writing about people who are different from me.

Perhaps this is why we don’t see as many diverse characters or diverse environments in children’s literature. There is a level of fear or discomfort about writing the wrong thing. Are we allowed to write from the perspective of a different race, culture, sexual orientation, religious belief or gender? Is this a privilege a writer is afforded? Will writing a character who is not like us feel false, cheap or so rife with stereotypes that what once started out as well-intentioned becomes part of the problem?

Now the answer is of course writers can write whatever they so choose. If we only wrote characters like us, stories would feel stifling and boring. I don’t plan on writing Persian characters or queer characters forever, but that’s what has been important to me for a very long time: the idea of identity and what it means to be one’s self.

That being said, when I do write characters that aren’t like me, they are reflections of people I have gotten to know in the real world. Friends I have grown up with. Friends I have met through travel or in school. Friends I have made at various jobs and in different stages of my life. The more people I come in contact with, the more connections I make with people who are not like me, allows my life to become richer and better.

It is in these friendships and connections that people can discuss what is really on their minds and what is important to them. It allows one to listen to someone else and become more empathetic. It makes one realize that there are so many different issues, so many different identities, and yet many people have more things in common with one another than they think.

But we should also remember that most people have the same kinds of feelings and wants. Everyone wants to be the hero sometimes. Everyone wants to get the love interest sometimes. Everyone feels anger, grief, joy, sadness, and these are feelings writers understand completely. The more characters that we write as human, no matter what they look like or where they are from, the more stories will resonate with readers who so want to see themselves in books. So let’s do more of that, yeah?

Sara Farizan is the author of If You Could Be Mine. The daughter of Iranian immigrants, Farizan lives in San Francisco, but Boston will always be her home. She is an MFA graduate of Lesley University and holds a BA in film and media studies from American University. Tell Me Again How a Crush Should Feel is her second novel.