Jon Klassen Wins Greenaway Award for ‘This Is Not My Hat’ 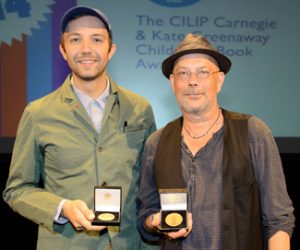 “‘Making a book, you’re kind of going out on a limb in the belief that what you think of as a satisfying story is the same as what other people think of as a satisfying story,’ [Klassen] said in his acceptance speech. ‘This doesn’t mean everything in the story turns out all right for everybody, but you, as a storyteller, try and make sure it ends the way the story should end. Any audience, children included, takes reassurance from that.'”