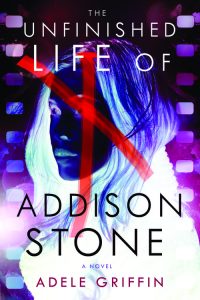 If you read the recent PW wrap-up of the 2014 Bologna Book Fair, you’ll notice its buoyant tone, at least for those of us who occasionally publish realistic YA fiction. I have no shame in admitting that I love everything John Green has published. If the current industry narrative mandates thanking the “John Green Effect” for changing the heart of The Market, so be it. And if The Market—that all-powerful “villain with the ferret” (awesome metaphor care of Christopher Myers in The New York Times), that Dark Force upon which we Publishers project our inertia, insecurity, excuses for failure, and self-congratulation in the wake of success—will now welcome brilliant coming-of-age books about, say, a girl who writes fan fiction about a fictional series…I’m in. So, my takeaway from Bologna was this: Yes! It’s true. Overseas, The Market welcomes realistic YA fiction, as well. There is one caveat: As long as that reality is pretty much confined to white people.

As a white person, and for purposes of this blog post, I am quite comfortable with writing “white people.” To ratchet up any potential insult, I am not too concerned with offending any fellow white people in the Publishing Industry, here or abroad. I will also happily cop to hypocrisy on this front. I had success selling rights at Bologna with a contemporary realistic YA about a white girl: The Unfinished Life of Addison Stone, by Adele Griffin (also white). PW does not exaggerate: I was bouncing around the fair, even weighted down with pasta and ham.  Adele’s book is amazing and deserves to be read by as many people as possible. That said, the reception I got for some other books I love just as much as Adele’s or any other on the Soho Teen list wasn’t as effusive.  If you mention, for instance, the words “gay” or “Latino,” you might lose interest.  Maybe I should have changed my pitches? I had them at “realistic” and “contemporary,” I swear.  It doesn’t matter if a book touches upon issues of identity and denial in a way I’ve never seen.  Or that at its heart there’s a unique, epic, mythic journey worthy of citation by Bruno Bettelheim and Joseph Campbell (both of whom were also white). Or awesome blurbs fifteen months in advance of publication… Or a secret as delicious as E. Lockhart’s We Were Liars, another YA smash of the fair. (Which I also love. Which I won’t spoil. But which is also about a white girl and her white family.) Nope. An extraordinary novel whose protagonist isn’t a straight white girl might not satisfy The Market.

So why am I writing this post? If there was anything that I missed at Bologna, I’d love to be proven wrong. If any of you rights representatives or agents or editors or authors (or anyone else) know of great new forthcoming YAs featuring protagonists who aren’t straight white girls—and whose rights are selling abroad—please write in and tell me that I am an ignoramus, and that the world is heeding the term “realistic.”