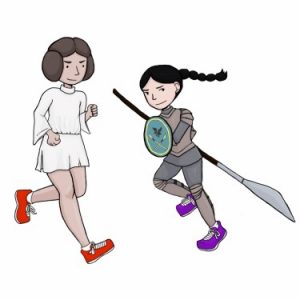 The grant would be administered by the Speculative Literature Foundation, a non-profit organization that promotes science fiction and fantasy and encourages new writers of both adult and children’s genre literature.

Visit their crowdfunding campaign and support the initiative by making a donation! ▸▸

But those of us who don’t fit into one particular box (and some who do) have noticed something. There’s one story that’s told in the genre over and over again. You’ve probably seen it. It’s about a straight white man, or often a bunch of straight white men, creating things with science, wielding magic, saving the world, blowing stuff up. If there are women or people of color involved, we’re probably love interests or sidekicks. We probably only talk to, or about, the white male lead. We probably die first, or to provide motivation for the protagonist.

Science fiction and fantasy, whether written for adults or children, are the genres of the imagination. We ask, “What if?” So it behooves us not to be complacent about this failure of imagination; not to let stories go untold because their creators think there’s no place for them in our (and their) genre.