Paramount Pictures Picks Up the Film Rights for ‘The Testing’ 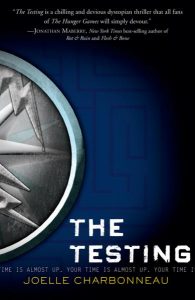 “In the rebuilding of the United States after natural disasters and biological war, the best and brightest high school graduates are put through a series of tests, both physical and mental, to determine whether they have what it takes to become the leaders of future generations. The tale focuses on 16-year-old Malencia Vale, and her hometown is excited because she might be chosen for The Testing, a United Commonwealth program that seeks out possible leaders of the slowly revitalizing postwar civilization. When she is chosen, her father finally tells her about his own nightmarish half-memories of The Testing.”