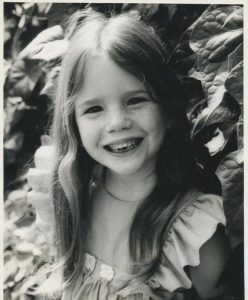 New York, NY, May 23, 2013 – Melissa Gilbert, actress and bestselling author of  Prairie Tale,  has announced that she will be publishing her first picture book with Paula Wiseman Books, an imprint of Simon & Schuster. The book will go on sale January 28, 2014, and will be titled Daisy and Josephine.  It will be illustrated by Julia Kuo, a rising star in the industry.

Daisy and Josephine tells the story of a little girl named Daisy who often travels with her father for his job. She is very shy and gets lonely on these trips so her father surprises her with an endearingly peculiar puppy named Josephine. Can this rambunctious new pet draw Daisy out of her shell? A charming story of unlikely friendship, Daisy and Josephine will delight children, parents, and dog lovers of all ages. Author Melissa Gilbert says, “I’m so excited to share the story of Daisy and Josephine. I hope it will inspire children to be brave, to sing, and to always, always shine brightly!”

In writing this story, Gilbert drew from memories of her childhood and was inspired by her own French bulldog, Josephine. Like Daisy, Melissa was very close with her father as a child. In her memoir, she recalls, “my earliest memory is of myself, at two and a half or so, watching my father doing his standup act. I was doing his act along with him. I adored my father.” Gilbert is known for being funny, witty, and honest in her acting and writing, and Daisy and Josephine is no exception. The book is full of quirky humor but also carries an uplifting message about being yourself.

Says publisher Paula Wiseman, “Daisy and Josephine’s story of surprising friendship will please anyone who has ever made a friend when they least expected to. Melissa Gilbert has written a book that’s easy to love and perfect for sharing with a special friend.

Melissa Gilbert starred as Laura Ingalls on the hit television show Little House on the Prairie. She has starred in numerous movies since then and has served as president of the Screen Actors Guild for two terms. Her first book, Prairie Tale (published by Gallery Books), has sold close to 100,000 copies in hardcover and appeared on the New York Times bestseller list.

Illustrator Julia Kuo is a talented artist on the rise. Her notable illustration clients include: The New York Times, Universal Music Group, Capitol Records, American Greetings, Jo-Ann Fabrics and Craft Stores, the Home Shopping Network, and Tiny Prints. Previous projects include the cover and interior artwork for The Thing About Luck (which has received numerous starred reviews) by Newbery Medal-winning author Cynthia Kadohata and for Clara Lee and the Apple Pie Dream by New York Times bestselling author Jenny Han.

Simon & Schuster also acquired the audio and foreign rights to the book. The deal was negotiated with Melissa Gilbert’s agents, Dan Strone and Alyssa Eisner Henkin of the Trident Media Group, and with Emily van Beek of Folio Jr. / Folio Literary Management on behalf of the artist. Associate Editor Sylvie Frank of Paula Wiseman Books will edit the book.