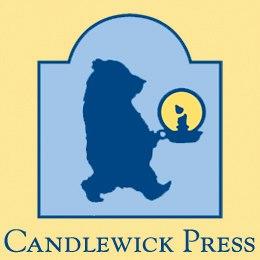 Somerville, MA – Candlewick Press is pleased to announce the acquisition of two full color illustrated chapter books by Juana Medina in a “good deal.” The books, which will be the first titles both written and illustrated by Juana Medina, were acquired at auction by Mary Lee Donovan, Candlewick’s Executive Editor, from Gillian MacKenzie of The Gillian MacKenzie Agency. They will be edited by Mary Lee Donovan.

The first of the two titles exploring the adventures of precocious and baldly truthful Juana and her dog and sidekick, Lucas, is slated for publication in fall 2016. Based on Medina’s experiences growing up in Bogotá, Colombia, these charming tales will incorporate a small amount of Spanish, and focus on Latina heroine Juana as she navigates life and elementary school with spark and originality. Lucas’ expressions and personality tell a sweetly comical story of their own, and his devotion to Juana is absolute.

Juana Medina received her education from the Rhode Island School of Design (RISD) and the Corcoran College of Art + Design. Born and raised in Bogotá, Colombia, she now lives in Washington, DC, where she teaches at the Corcoran. Additionally, she has taught as a faculty member at RISD. The first winner of the Jay Kennedy Memorial Scholarship, an award given yearly by the National Cartoonists Society to a top college cartoonist in North America, Juana has illustrated books for Random House, Alfaguara Editores, and Editorial Norma. Her work has appeared everywhere from the walls of the Universidad Autónoma de México (UNAM) to jumbotron screens in Times Square. Her website is http://juanamedina.com.

Candlewick Press, which celebrated its twentieth anniversary in 2012, is an independent, employee-owned publisher based in Somerville, Massachusetts. Candlewick publishes outstanding children’s books for readers of all ages, including books by award-winning authors and illustrators such as M. T. Anderson, Kate DiCamillo, Laura Amy Schlitz, and Jon Klassen; the widely acclaimed Judy Moody, Mercy Watson, and ’Ology series; and favorites such as Guess How Much I Love You, Where’s Waldo?, and Maisy. Candlewick is part of the Walker Books Group, together with Walker Books UK in London and Walker Books Australia, based in Sydney and Auckland. Visit Candlewick online at www.candlewick.com.