A Brooklyn Elementary School Has Been Named After Maurice Sendak 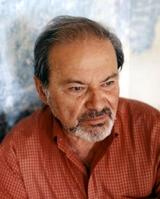 “PS 118 scheduled to open in September 2013 in the former St. Thomas Aquinas will house two kindergarten classes, accommodating up to 50 children in total, and two Pre-K classes, accommodating up to 36 children in total. Eventually it will serve up to fifth grade. It already has an active parent group that was formed in December called PS 118 Founding Families that is working to raise funds for a playground and garden.”

more at The Huffington Post▸▸