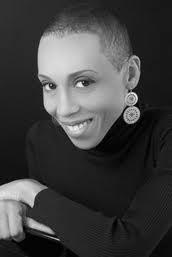 SEATTLE – Author Andrea Davis Pinkney, Vice President, Executive Editor of Scholastic’s Trade Books, will deliver the 2014 May Hill Arbuthnot Honor Lecture. The announcement was made today by the Association for Library Service to Children (ALSC), a division of the American Library Association (ALA), during the ALA Midwinter Meeting held Jan.  25 – 29, in Seattle.

“We are honored to recognize Andrea Pinkney for her significant contributions to literature for young people provided through a body of work that brings a deeper understanding of African American heritage,” stated 2014 Arbuthnot Committee Chair Susan Moore.

Andrea Davis Pinkney is a New York Times best-selling writer of more than 20 books for children and young adults including picture books, novels and nonfiction.  During the course of her career, Pinkney has launched many high-profile publishing and entertainment entities, including Hyperion Books for Children/Disney Publishing’s Jump at the Sun imprint, the first African American children’s book imprint at a major publishing company.

The lecturer, announced annually at the ALA Midwinter Meeting, may be an author, critic, librarian, historian or teacher of children’s literature, of any country, who shall prepare a paper considered to be a significant contribution to the field of children’s literature.  This paper is delivered as a lecture each April, and is subsequently published in Children and Libraries, the journal of ALSC.  Once the name is made public, institutions wishing to host the lecture may apply.  A library school, department of education in a college or university, or a public library system may be considered.  Applications to host the 2014 lecture will be available online from ALSC www.ala.org/alsc this spring.

ALSC is the world’s largest organization dedicated to the support and enhancement of library service to children. With a network of more than 4,000 children’s and youth librarians, literature experts, publishers and educational faculty, ALSC is committed to creating a better future for children through libraries. To learn more about ALSC, visit their website at http://www.ala.org/alsc.

For more information on the Arbuthnot Honor Lecture and other ALA Youth Media Awards, please www.ala.org/yma.