The ALA Unveils the 2013 Newbery & Caldecott Medal Winners 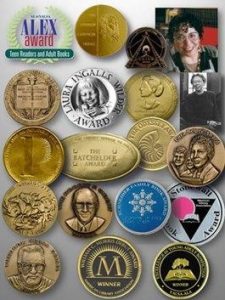 WINNER: The One and Only Ivan by Katherine Applegate (HarperCollins Children’s Books, a division of HarperCollins Publishers)

WINNER: This Is Not My Hat illustrated & written by Jon Klassen (Candlewick Press)