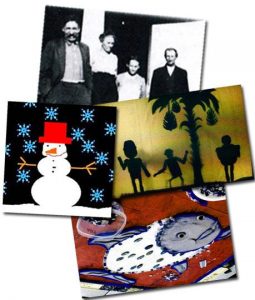 NEW YORK—January 15, 2013— The Ezra Jack Keats Foundation celebrates the 25th year of its Minigrant Program with a call for proposals. Approximately 70 grants of $500 each will be awarded to qualifying teachers and librarians at public schools and libraries across the United States. The deadline for grant submissions is March 15th, 2013, and decisions will be emailed to all applicants beginning May 15th, allowing educators to plan for the next academic year accordingly.

As we look back on the past 25 years of the Ezra Jack Keats Minigrant Program, we are most proud of the direct support we have given to so many extraordinary teachers and librarians at public schools and libraries,” says Deborah Pope, Executive Director of the Ezra Jack Keats Foundation. “Going forward, we will continue to provide funding to those educators whose programs reach beyond the basic curriculum to inspire—even in the face of great challenges and unprecedented budget cuts across the country.

“If a teacher or librarian has an idea for a project that will foster creativity, cooperation and interaction with a diverse community and then designs a program based on that idea, we wholeheartedly encourage them to apply—after the initial design and planning phase, the application form takes less than an hour to complete,” adds Pope.

Since 1987, the Foundation, established by the late Caldecott award-winning children’s book author and illustrator Ezra Jack Keats, has provided $780,000 in support of programs spanning the 50 states and the U.S. Commonwealth. To learn more about the Ezra Jack Keats Minigrant Program and to apply, visit www.ezra-jack-keats.org/.

Featured on the Foundation’s website is a gallery of past outstanding Minigrant recipients, including these programs, which can be viewed at this link: http://www.ezra-jack-keats.org/minigrant-program/outstanding-minigrant-programs/.

Evolution of the Minigrant Program

Public education is one of the greatest legacies of our country, one that benefits children from every walk of life. For Keats, it was at public school that he received his greatest encouragement to pursue his vocation as an artist and at the public library that he found a haven that introduced him to the wonders of art history. To offer a similar experience to new generations, the Ezra Jack Keats Foundation created the Minigrant Program.

About The Ezra Jack Keats Foundation