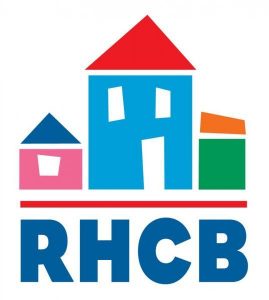 New York, NY, January 17, 2013—Random House Books for Young Readers, an imprint of Random House Children’s Books, announces program to publish to Ruth Chew’s body of work, comprised of 29 tales of magic and fantasy. Random House will reissue her collection for contemporary readers, creating new art inspired by the original design for the covers while retaining the original charming interior illustrations. Beginning in fall 2013, two titles will be released each season and published simultaneously in collectible hardcover and paperback editions as well as eBook editions for the first time. Mallory Loehr, vice president, publishing director of the Random House/Golden Books for Young Readers Group, acquired for Random House from Gail Fortune of The Talbot Fortune Agency, LLC.

Ruth Chew made magic available to younger readers before any other author. With her first title, The Wednesday Witch, published in 1969, Chew delivered the fantasy genre to the earliest independent readers featuring boy and girl characters experiencing magic in their own lives, thus making fantasy more accessible than ever before.

Random House will launch in fall 2013 with two titles just in time for the Halloween season: NO SUCH THING AS A WITCH, where Nora and Tad discover that their new animal-loving neighbor’s fudge is a treat that is more than wild, and WHAT THE WITCH LEFT, in which Katy and her friend Louise discover some plain-looking old objects in a locked drawer and quickly learn that while the objects might be old, they are anything but plain.

An eBook omnibus of three stories will also be released each season, beginning fall 2013 with RUTH CHEW’S BIG WITCH BOOK that contains THE WITCH’S BUTTONS, THE WITCH’S GARDEN, and WITCH’S CAT.

“We are absolutely thrilled to bring the magic of Ruth Chew’s books back for a new generation of young readers, and to have them available for the first time as eBooks opens up another way for families to enjoy them together,” says Loehr. “It’s great to bring books back into print that parents, teachers, and librarians will recognize as old favorites.”

Spring 2014 will bring two of Chew’s most popular titles, THE TROUBLE WITH MAGIC and MAGIC IN THE PARK. In THE TROUBLE WITH MAGIC, Barbara and her brother, Rick, meet Harrison Peabody, a fellow whose magic causes as many complications as it does marvels. In MAGIC IN THE PARK, Jen and her new friend Mike discover that the old bird-loving man in the park and the ancient oak tree seem to have a lot in common.

RUTH CHEW was born in Minneapolis and studied at the Corcoran College of Art and Design in Washington, D.C. Working as a fashion artist, she started writing stories about witches for the youngest of her five children. The first of these, The Wednesday Witch, was a big hit, and her new career was born. Ruth Chew went on to write 29 tales of magic and fantasy that have enchanted generations of readers. For much of her adult life, she has lived in Brooklyn, New York, which is where almost all the stories are set.