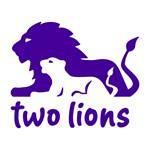 “Titles on the inaugural Two Lions list include Gandhi: A March to the Sea by Alice B. McGinty, illustrated by Thomas Gonzalez, a biography written in free-verse; and Poco Loco, a debut picture book about a mouse inventor by J.R. Krause, illustrated by Maria Chua. Titles under the Skyscape umbrella include You Know What You Have to Do by Bonnie Shimko, about a 15-year-old girl who hears voices in her head telling her to kill people; and Reason to Breathe, the first book in the Breathing Series trilogy by Rebecca Donovan, an initially self-published title that had already earned a dedicated readership.”