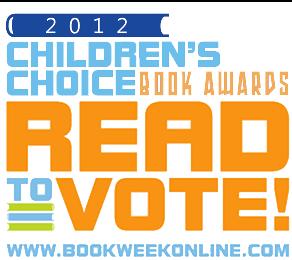 The votes are in and the winners have been announced for the 2012 Children’s Choice Books Awards! The gala took place May 7, 2012 at Espace in Midtown Manhattan. Jarrett Krosoczka hosted this year’s event and Walter Dean Myers, the National Ambassador for Young People’s Literature presented the Impact Award to New York Giant Justin Tuck who co-founded Tuck’s R.U.S.H. for Literacy with his wife Lauren.

Other presenters for the evening included:

And the winners are: