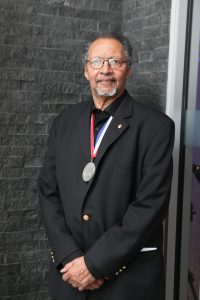 On Monday May 4th, 2015, at 1 pm, the beloved author Walter Dean Myers (1937-2014) will be honored with a plaque at the George Bruce Library in Harlem, the NYPL branch he used as a child. The library will be dedicated as a Literary Landmark as part of Children’s Book Week 2015 celebrations (May 4-10).

CBC Executive Director Jon Colman will be speaking about Myers’s legacy as National Ambassador for Young People’s Literature. The ceremony is open to the public.

Children’s Book Week is the longest-running national literacy initiative in the country. It is administered by Every Child A Reader & sponsored by the CBC. Learn more at bookweekonline.com.