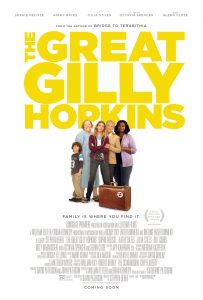 Adapted from the award-winning novel by former National Ambassador for Young People’s Literature Katherine Paterson, The Great Gilly Hopkins is the hilarious and big-hearted story of a headstrong girl who wants to find a place to call home.

The Great Gilly Hopkins opens in theaters and on demand on October 7, 2016.

A film by Stephen Herek, a William Teitler / Brian Kennedy Production, In Association with Arcady Bay Entertainment and Inkling Entertainment.