‘Madeline at 75: The Art of Ludwig Bemelmans’ Exhibition 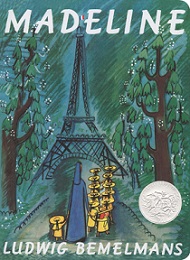 The Eric Carle Museum of Picture Book Art is hosting a Ludwig Bemelmans retrospective called “Madeline at 75.” This exhibit was organized to commemorate the 75th anniversary of the publication of the first Madeline picture book. Visitors will be able to see illustrations that were featured in all six Madeline titles, along with murals, and panels.