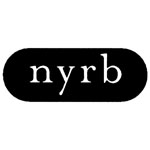 Betsy Bird is the Youth Materials Specialist of New York Public Library and reviews for Kirkus and The New York Times. Her first picture book Giant Dance Party debuted this year and her new title Wild Things: Acts of Mischief in Children’s Literature will be published by Candlewick in 2014.

Nancy Gallt worked in subsidiary rights at Viking, HarperCollins Children’s Books, Morrow Junior Books, Greenwillow, and Lothrop Lee & Shepard before founding her own literary agency, where she represents a wide range of children’s book authors and illustrators, including Rick Riordan, and Sophie Blackall.

Susan Hirschman worked as an editor at Macmillan and with Ursula Nordstrom at Harper, before founding Greenwillow Books in 1974.  At Greenwillow, she represented a varied list of writers and illustrators including best-selling author of the Mouse Books series, Kevin Henkes.

Ellen Handler Spitz is an author, lecturer, and scholar who currently holds the Honors College Professorship of Visual Arts at University of Maryland, Baltimore County. She is the author of several books, including Inside Picture Books, and reviews children’s books for The New Republic.