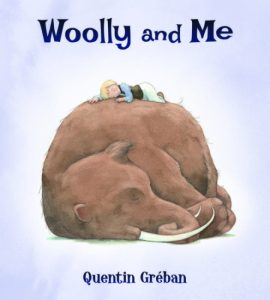 Who could ask for a better friend than Woolly? He goes everywhere with you. He wants to do whatever you’re doing. He’s never cross or upset. He looks at you through his shiny eyes as if to say you’re wonderful. And if you hold him tight, he’s very brave on a bicycle, a carnival ride, or in the dark. He trusts you completely, and that makes you brave, too. Woolly’s the most loyal friend in the world. Some people say he’s just a stuffed animal, but they don’t know Woolly.