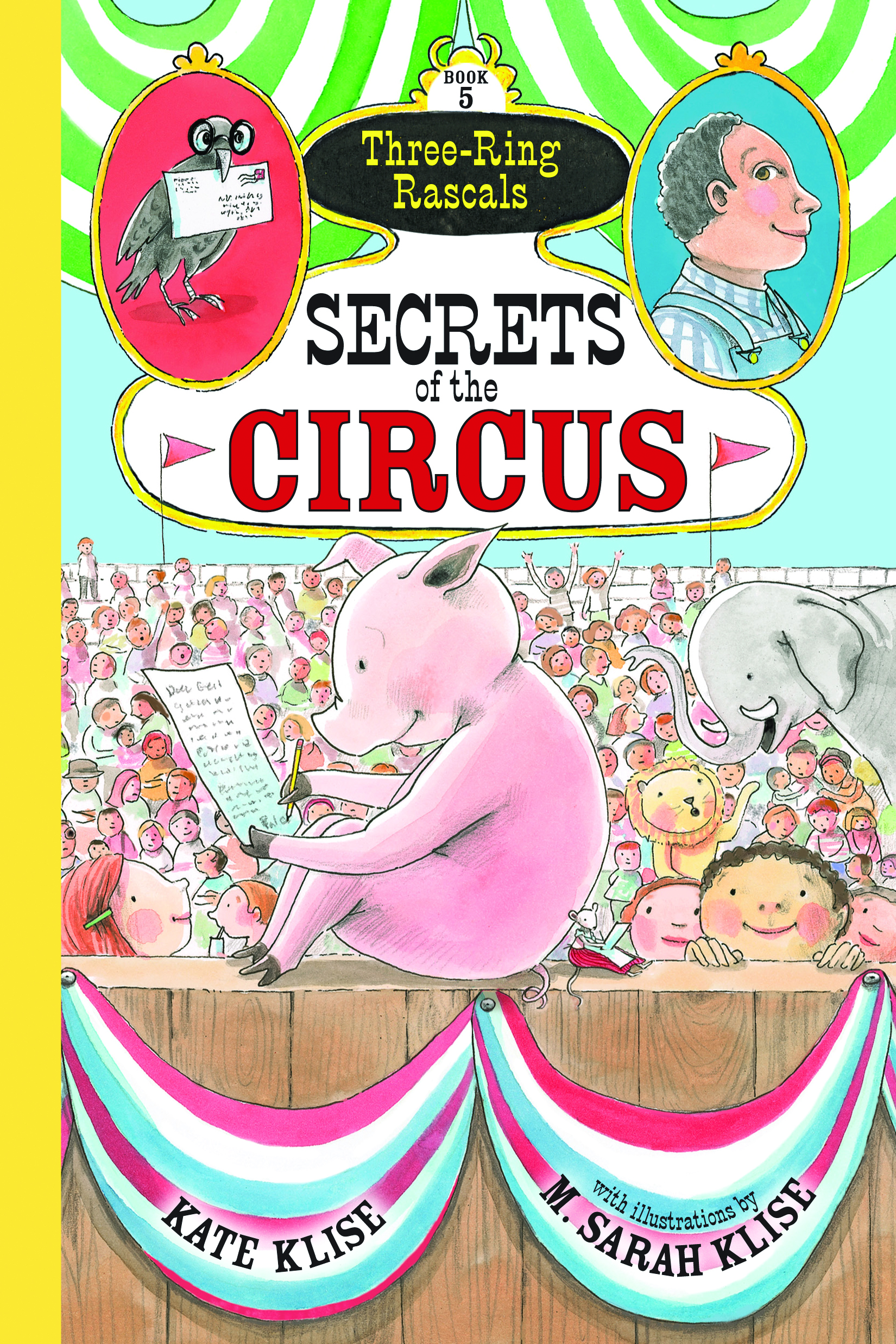 Three-Ring Rascals #5: Secrets of the Circus

Everyone has a secret. So says Sir Sidney, owner of the world’s best circus. But sometimes a little secret can become a big problem. That’s exactly what happens when Gert’s secret pen pal, a pig named Pablo, escapes from his farm and climbs on board Sir Sidney’s circus train to avoid being sold to Prinkle’s Pork Chops. It turns out Farmer Farley doesn’t want to sell Pablo, either, but if he doesn’t, he may lose his farm. When the New Pork Times announces a pig race at the Iowa State Fair with a five-thousand-dollar prize, the circus members and Farmer Farley all rush to the fair in hopes that they can win the prize and save Pablo–and Farmer Farley’s farm.