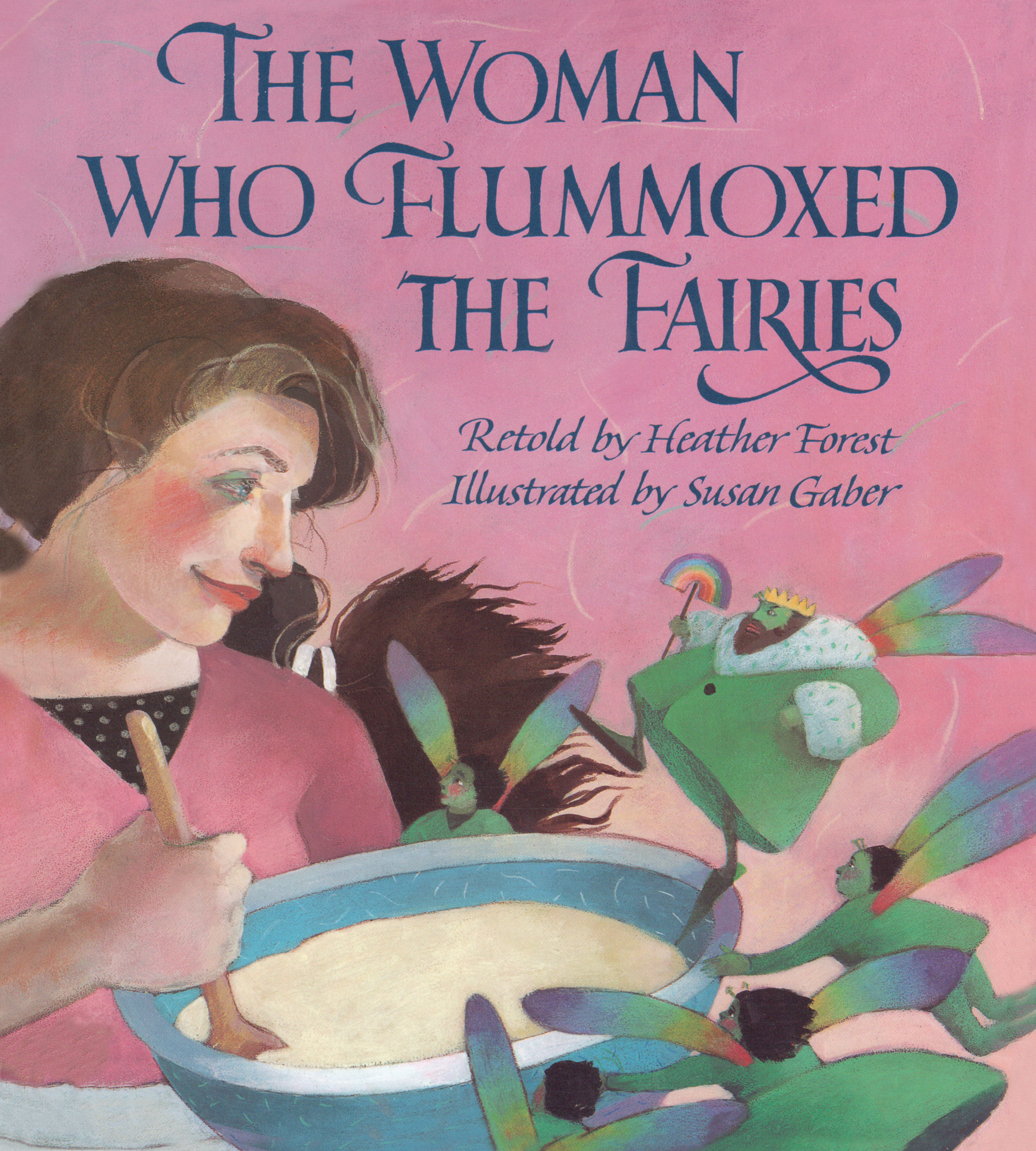 The Woman Who Flummoxed the Fairies

According to this Scottish folktale, long ago, sweet-toothed fairies flew into people’s homes and feasted on leftover cake crumbs. But the King of the Fairies was annoyed that crumbs never remained from the very best cakes baked by the talented baker woman, so he orders the fairies to capture her and bring her down to the Fairy Kingdom. The resourceful woman requests items from her kitchen at home, where her bewildered husband looks on as utensils and ingredients float out of the window, borne by invisible fairies. Eventually she strikes a clever bargain with the impatient Fairy King to win her freedom and return home in return for sharing her tasty cakes.