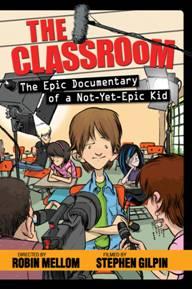 “Total fun for the end of the summer and the start of school.”
–The Washington Post

In 2012, a documentary crew descended upon Westside Middle School to  detail the life of an average seventh grader and his classmates.

What they uncovered, though, was far from average. Mostly, it was upper average along with moments of extreme average. But most importantly, there were several moments of total epicness.

This is the story