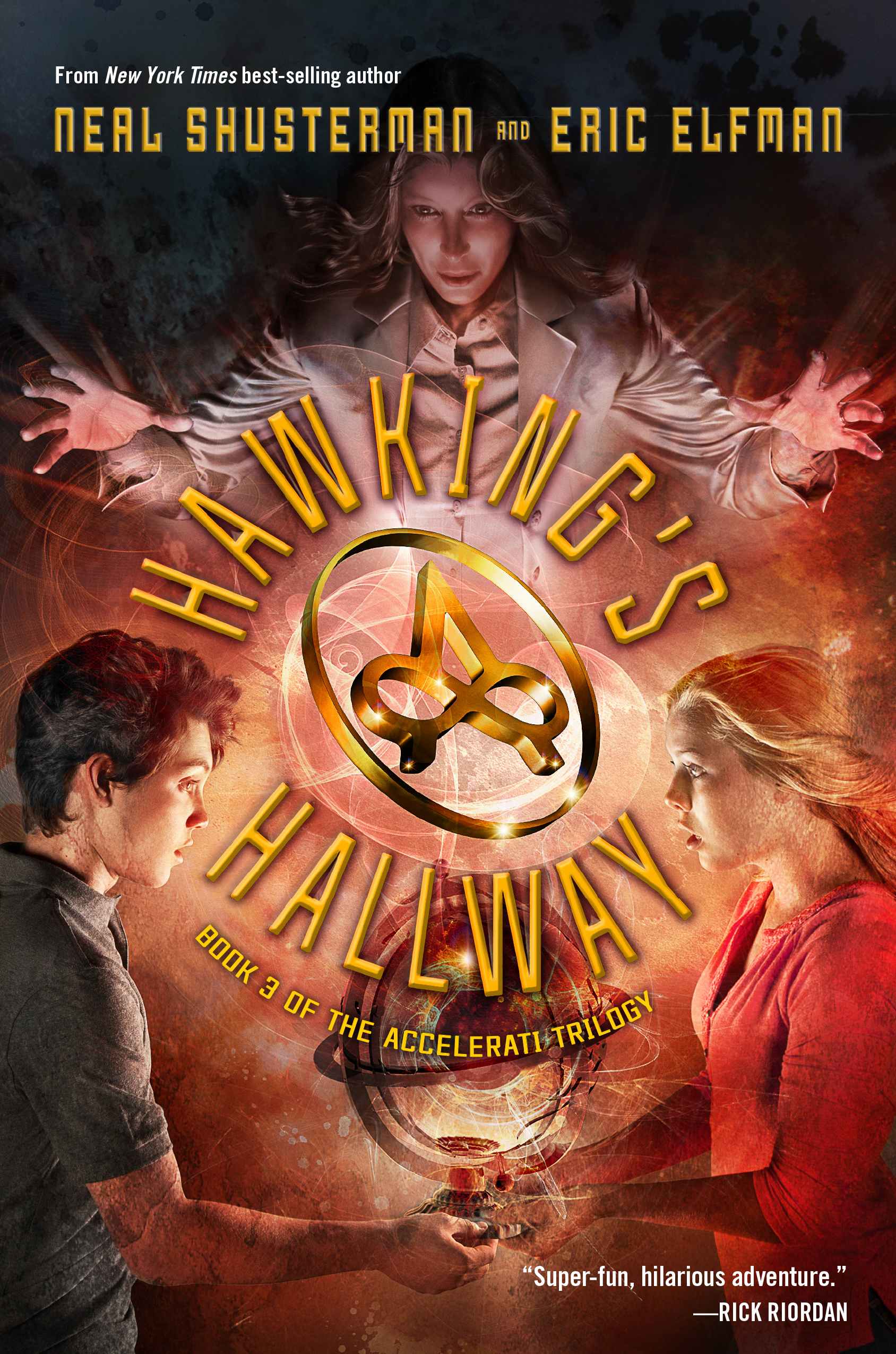 by Neal Shusterman and Eric Elfman

Nick Slate, in order to protect his father and little brother, reluctantly must help the Accelerati complete Tesla’s great device. Their power-mad leader wants nothing less than to control the world’s energy—but there are still three missing objects to track down. Nick’s friends can’t help him, as they are spread across the globe grappling with their own mysteries—with Vince in Scotland, Caitlin and Mitch on their way to New Jersey, and Petula’s whereabouts unknown. On his own, Nick must locate Tesla’s final inventions– which are the most powerful of all, capable of shattering time and collapsing space.