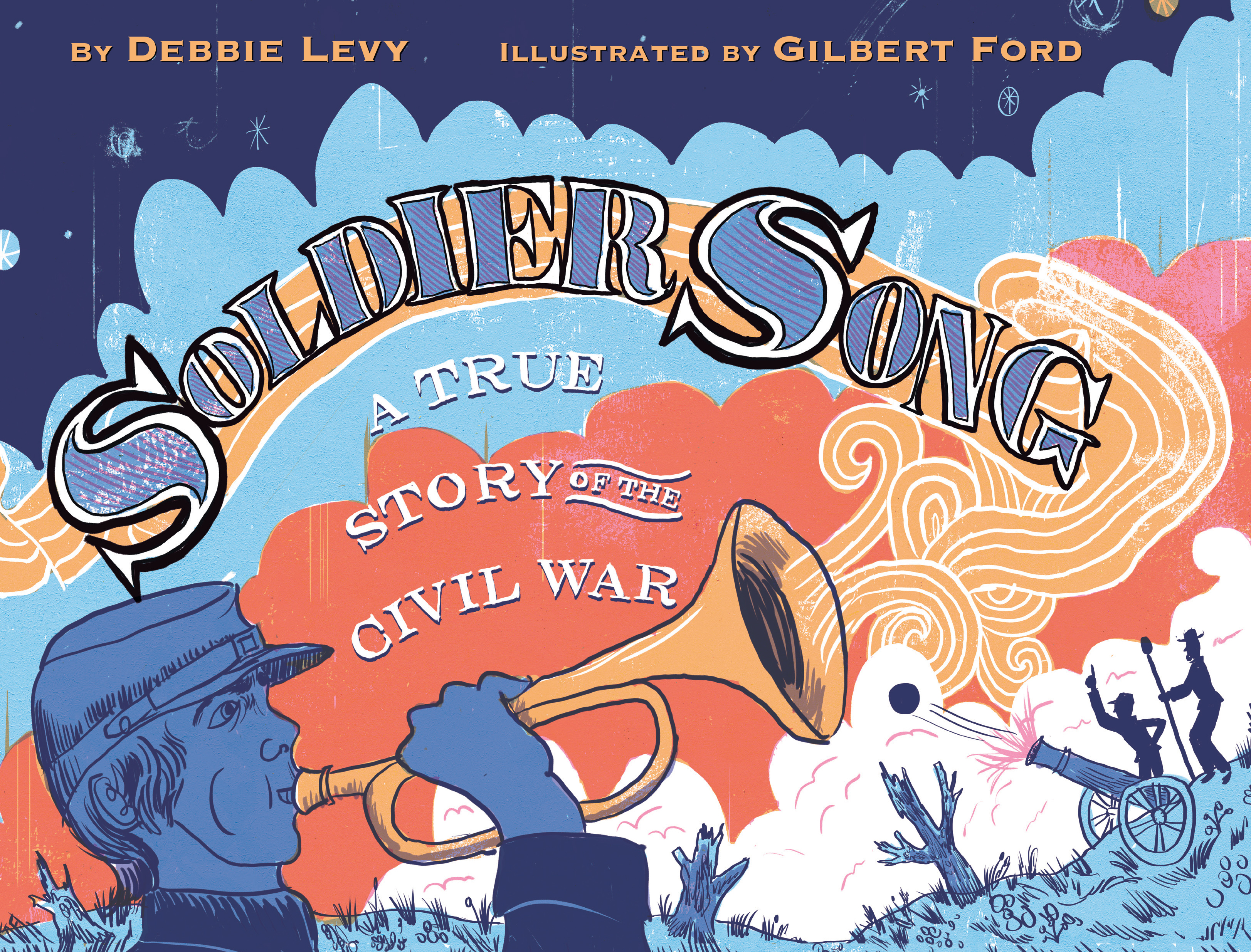 Amid the fearsome battles of the Civil War, both Union and Confederate soldiers were urged onward by song.

There were songs to wake them up and songs to call them to bed, songs to ready them for battle and to signal their retreat, songs to tell them that their side was right, and the other wrong… and there was one song that reminded them all of what they hoped to return to after the war.

Defeated in the battle of Fredericksburg, Virginia, the Union soldiers retreated across the river. There, a new battle emerged as both armies volleyed competing songs back and forth. With the Christmas season upon them, however, Federals and Confederates longed for the same thing. As the notes of “Home, Sweet Home” rose up from both sides, they found common ground for one night.

Interwoven with soldiers’ letters and journal entries, this is a true story of duty and heartbreak, of loyalty and enemies, and of the uniting power of music. Debbie Levy’s moving text and Gilbert Ford’s vibrant, layered illustrations come together to create an unforgettable tale of American history.