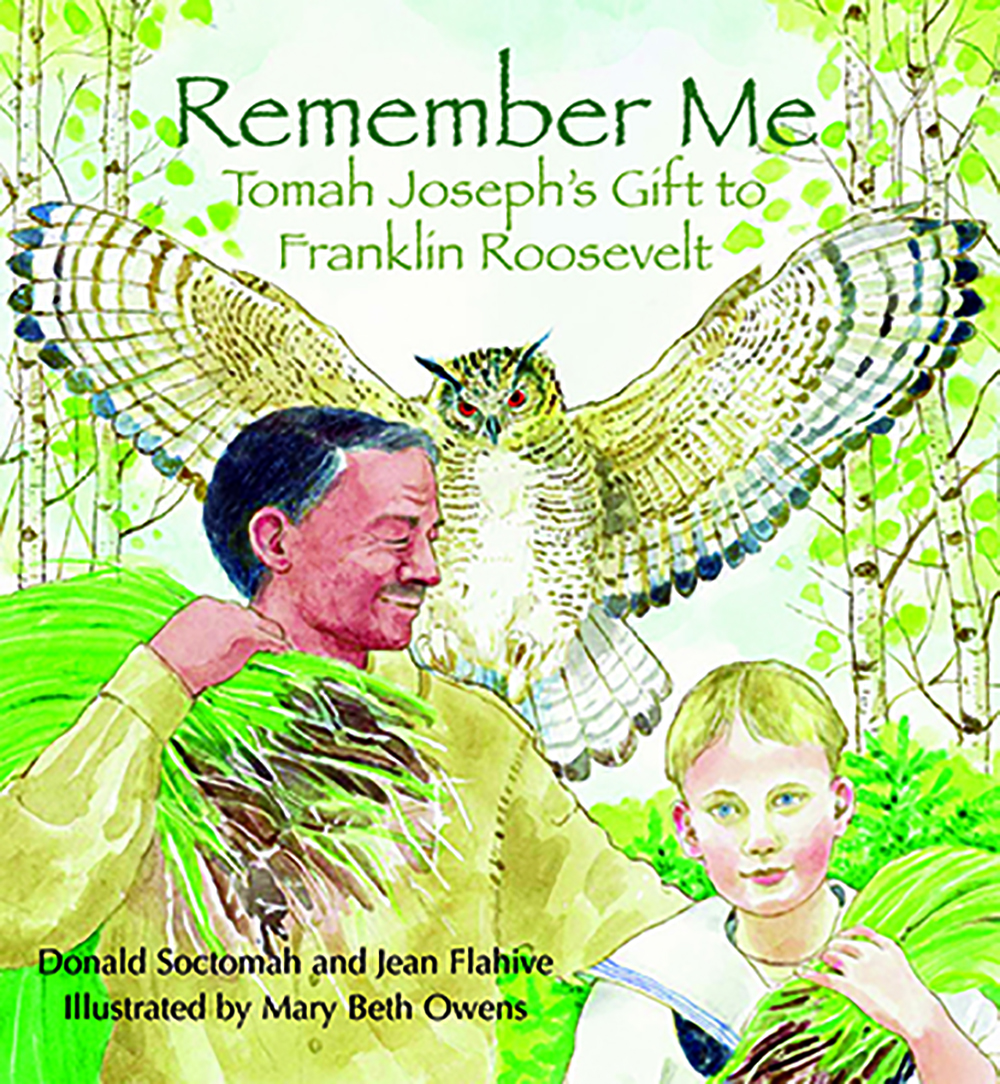 by Donald Soctomah and Jean Flahive

Franklin Delano Roosevelt, who would grow up to be the 32nd president of the United States, joyfully spent his boyhood summers on Campobello Island. There he met Tomah Joseph, a Passamaquoddy elder and former chief who made his living as a guide, birchbark canoe builder, and basket maker.

The beautifully decorated birchbark canoe that Tomah Joseph made for Franklin remains at Campobello, a tangible reminder of this special friendship.

This new paperback edition has added pages that include additional biographical material about Tomah Joseph and Franklin Delano Roosevelt.