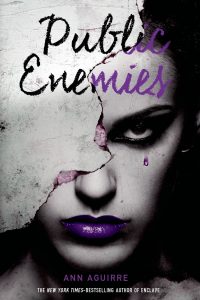 Through a Faustian bargain, Edie Kramer has been pulled into the dangerous world of the Immortal Game, where belief makes your nightmares real. Hungry for sport, fears-made-flesh are always raising the stakes. To them, human lives are less than nothing, just pieces on a board. Because of her boyfriend Kian’s sacrifice, she’s operating under the mysterious Harbinger’s aegis, but his patronage could prove as fatal as the opposition. Raw from deepest loss, she’s terrified over the deal Kian made for her. Though her very public enemies keep sending foot soldiers – mercenary monsters committed to her destruction – she’s not the one playing under a doom clock. Kian has six months . . . unless Edie can save him. And this is a game she can’t bear to lose.