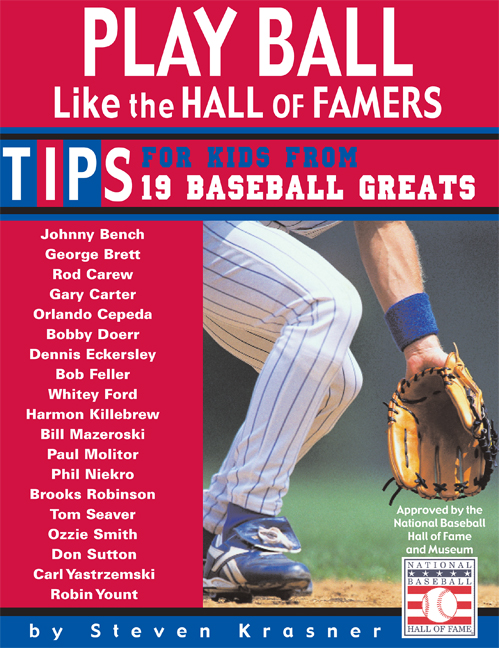 Play Ball Like the Hall of Famers: The Inside Scoop from 19 Baseball Greats

In this inside look at the fundamentals of baseball, author and veteran sports writer Steven Krasner asks some of the greatest ball players to ever play in the major leagues to explain the strategies and thought processes behind their winning ways. Each chapter includes an in-depth interview with the athlete, a glossary of baseball terms, anecdotes from the player’s career and memories from his youth, as well as advice for getting and maintaining a mental edge during the game.

From Johnny Bench on calling a game and Paul Molitor on bunting to Phil Niekro on throwing a knuckleball and Brooks Robinson on playing third base, heroes of the game offer sports fans a first-rate baseball education using their own big league experiences. More than just a how-to guide for playing baseball, Play Ball Like the Hall of Famers is an intimate look at how professionals do what they do, and how the struggles and influences of their early years informed their later successes. Major League Ball Players featured:

Approved by the National Baseball Hall of Fame and Museum!