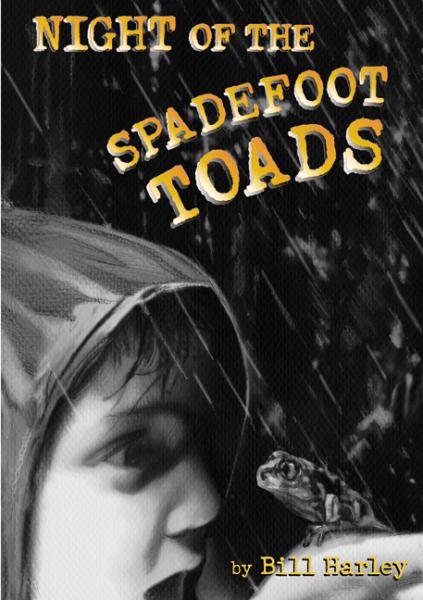 Night of the Spade Foot Toads

When his father takes a new job in Massachusetts, Ben Moroney must leave behind his best friend Tony, a western banded gecko named Lenny, and worst of all, the desert home he has loved and explored.

Ben’s adjustment to his new environment is not going well until he unexpectedly finds a kindred spirit in his eccentric fifth-grade science teacher, Mrs. Tibbets. Together they explore the varied habitats on her rural property, and she introduces him to the elusive and endangered Eastern spadefoot toads that make their home there.

When Ben discovers that Mrs. Tibbets’s relatives plan to sell the land to developers, he knows he must try to stop them. As Ben’s obsession with saving the spadefoot toads’ habitat grows, his schoolwork suffers and his relationships with his family and new friends are strained. One foolish, impulsive act threatens to destroy his friendship with Mrs. Tibbets—and maybe even her career. But just when it seems things can’t get any worse, Ben finds a way to meet his responsibilities to the people around him and learns what it means to feel “at home.”