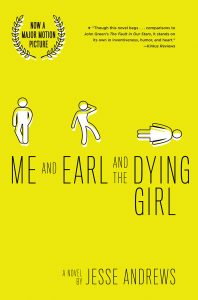 Me and Earl and the Dying Girl (Revised Edition)

The book that inspired the hit film!

It is a universally acknowledged truth that high school sucks. But on the first day of his senior year, Greg Gaines thinks he’s figured it out. The answer to the basic existential question: How is it possible to exist in a place that sucks so bad? His strategy: remain at the periphery at all times. Keep an insanely low profile. Make mediocre films with the one person who is even sort of his friend, Earl.
This plan works for exactly eight hours. Then Greg’s mom forces him to become friends with a girl who has cancer. This brings about the destruction of Greg’s entire life.