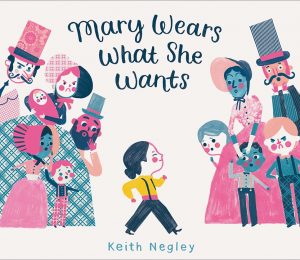 Mary Wears What She Wants

From the award-winning creator of My Dad Used to Be So Cool and Tough Guys Have Feelings Too comes a charming picture book inspired by the true story of Mary Edwards Walker, a trailblazing 19th-century doctor who was arrested many times for wearing pants.

Once upon a time (but not that long ago), girls only wore dresses. And only boys wore pants.

Until one day, a young girl named Mary had an idea: She would wear whatever she wanted. And she wanted to wear pants!

This bold, original picture book encourages readers to think for themselves while gently challenging gender and societal norms.