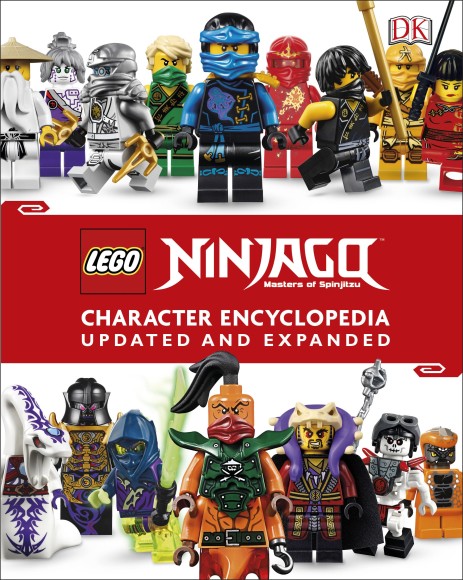 LEGO® NINJAGO™: Character Encyclopedia, a New York Times bestseller, has been updated and expanded with 48 brand-new pages of LEGO NINJAGO minifigures and sets, making it the ultimate book for your little ninja.

Read each character’s ninja file to learn what makes each one special and unique, and find out which weapon each ninja uses. From Ninja to Nindroid, each character has a brilliantly photographed page filled with amazing facts and trivia, like which minifigure is the rarest and which minifigure can be found in the most LEGO NINJAGO sets. Explore the vehicles, weapons, and locations that make up the LEGO NINJAGO world.

Discover everything there is to know about the Masters of Spinjitzu in DK’s updated and expanded LEGO NINJAGO: Character Encyclopedia.

LEGO, the LEGO logo, NINJAGO, the Brick and Knob configuration and the Minifigure are trademarks of the LEGO Group. © 2016 The LEGO Group.