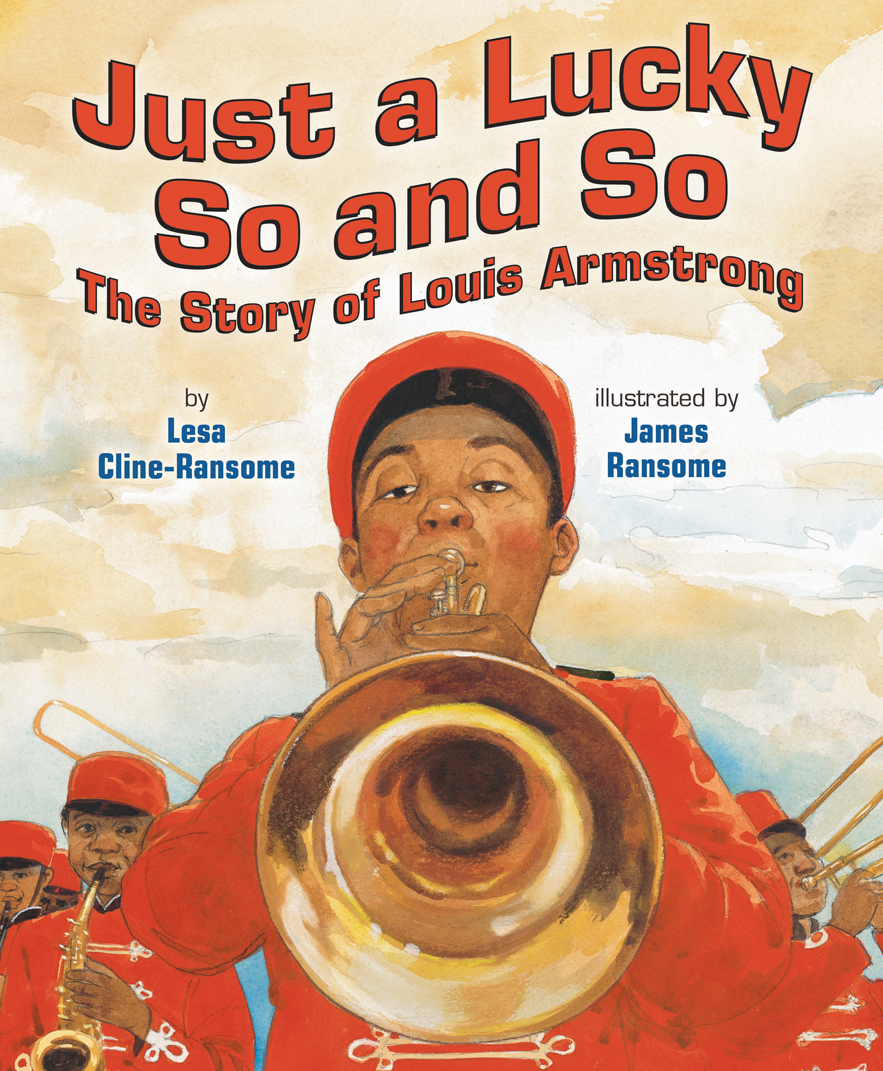 Just a Lucky So and So: The Story of Louis Armstrong

Just a Lucky So and So is a joyful tribute to the virtuoso musician.

Louis Armstrong has been called the most important jazz improviser in the history of jazz. Although his New Orleans neighborhood was poor in nearly everything else, it was rich in superb music. Young Louis took it all in, especially the cornet blowing of Joe “King” Oliver. But after a run in with the police, 11-year-old Louis was sent away to the Colored Waif’s Home for Boys where he became a disciplined musician in the school’s revered marching band. By the time he returned to his neighborhood, the “King” himself became his mentor and invited Armstrong to play with him in Chicago.