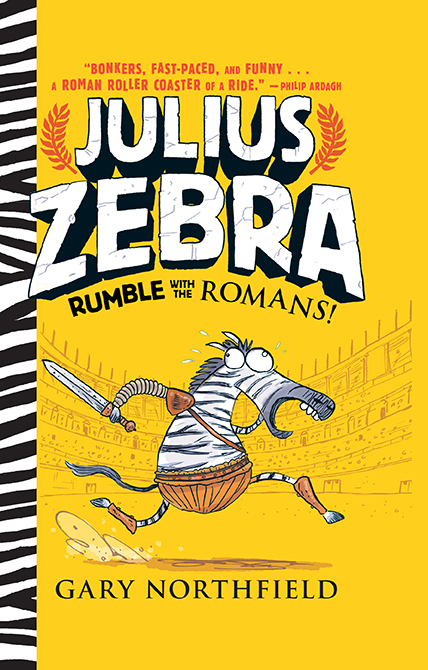 Julius Zebra: Rumble with the Romans

From a smelly water hole on the African savanna, Julius Zebra is captured, along with Milus the scarred lion and Cornelius the clueless warthog. Transported to the ferocious clamor of the Colosseum, Julius Zebra and his motley menagerie of friends must gear up to be . . . gladiators! The only way they will gain their freedom is if they win the love of the Roman crowds. But do they have what it takes to succeed in a world where only the meanest and toughest survive? Follow the madcap adventures of Julius Zebra and his pals in short chapters with funny, irreverent text and zany cartoon-style illustrations, with an illustrated guide to Roman numerals and a handy glossary at the end.