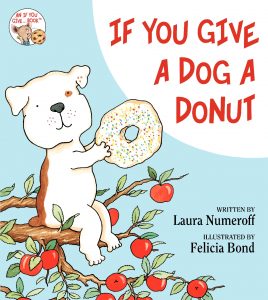 If You Give a Dog a Donut

If you give a dog a donut, he’ll ask for some apple juice to go with it.

When you give him the juice, he’ll drink it all up.

The exuberant dog who first appeared in if you give a pig a party is now the star of his very own book. Written in the irresistible “If You Give…” tradition, if you give a dog a donut is another home run from the beloved team of Laura Numeroff and Felicia Bond.