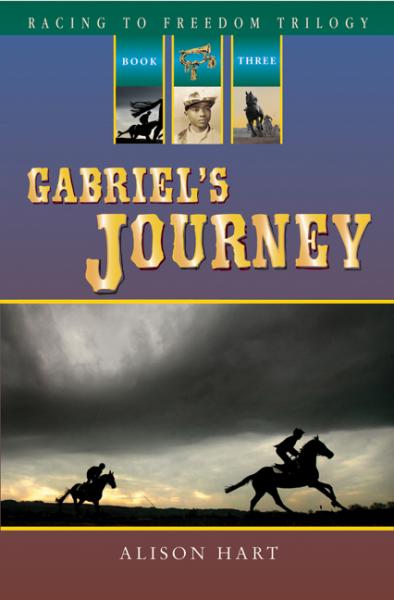 In the final book of the Racing to Freedom trilogy, ex-slave Gabriel leaves behind a successful horse racing career to join his parents at Camp Nelson, where his father is a sergeant in the Fifth U.S. Colored Calvary of the Union Army.

Twelve-year-old Gabriel is too young to join the regiment as a soldier, but finds a job as personal groom to Champion, the unruly horse that belongs to Col. Waite, the white commander. When the Calvary receives orders to join white regiments in an attack on the Virginia salt works, Gabriel surreptitiously gets a hold of a horse and a uniform and joins the troops. But being a soldier is a lot harder than he imagined. Bad, weather, rough riding, dwindling supplies, and blatant racism wear heavily on his spirit. When his father and Col. Waite are not among the weary and wounded who return from battle, Gabriel mounts Champion and rides to the battlefield in search of them.