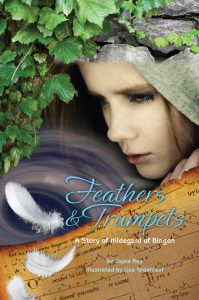 Feathers & Trumpets: A Story of Hildegard of Bingen

Hildegard agonized over the origin of her visions. Was God speaking to her? Did she dare share her secret? In 12th century Germany, she could be declared heretic and burned at the stake. In a life fraught with challenges, Hildegard emerges as the most dynamic 12th century female voice. Feathers & Trumpets chronicles the life of the recently named saint and Doctor of the Church against the backdrop of the Middle Ages.