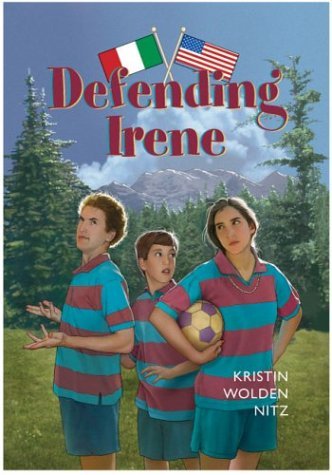 Irene loves soccer, a passion she inherited from her Italian father. She thrills to the sound and feel of the ball exploding off her foot for a shot at the goal. At school back in Missouri she was one of the top players on her girls’ team. But things are different in Merano, Italy, where the bilingual Irene and her family have come for a yearlong stay. There is no soccer team for girls in the small, very traditional Alpine town. Irene decides to join the highly competitive boys’ team, but she has little idea what she’s getting herself into. She must prove herself to the strict coach, the “mister.” And her teammates make it clear they don’t want her on the field. Especially Matteo, the team’s star player, who goes out of his way to make Irene unwelcome. But Irene does not give up easily, even when the disapproval of her Italian grandmother and the doubts of her new classmates—including her best friend, Giulia—threaten to undermine her confidence.

Author Kristin Nitz has created a complex adolescent character whom readers will root for as she struggles to find her place on the team and in a new country. The story also offers a fascinating and often humorous look at a collision of cultures as well as lively descriptions of fast-paced action on the soccer field.